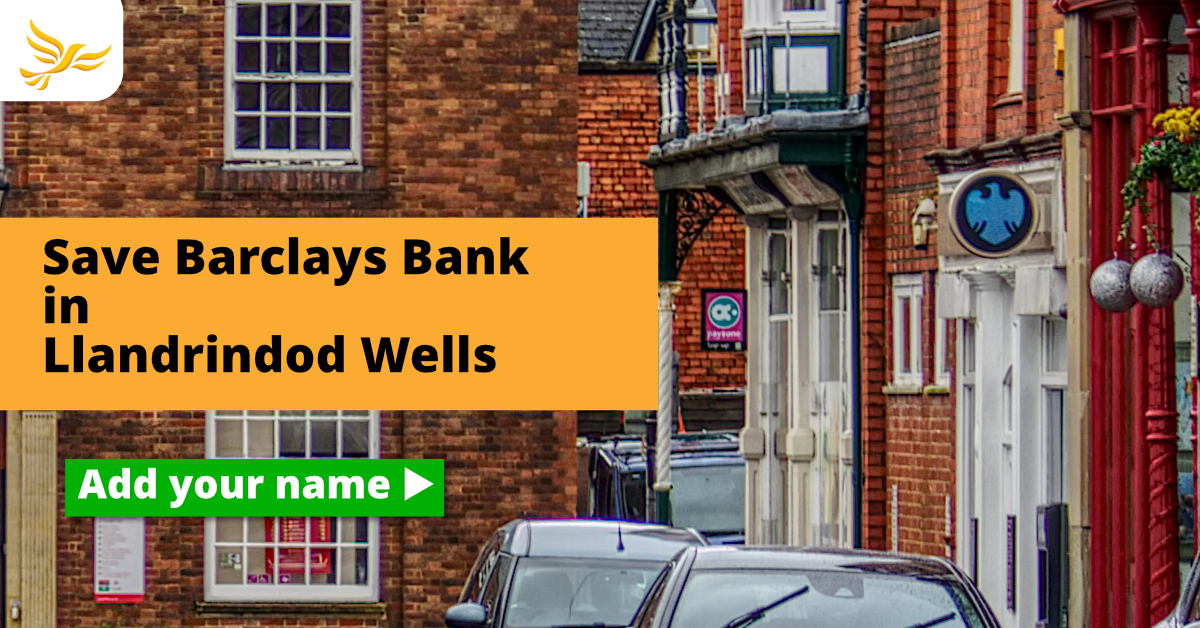 Local Lib Dem Councillors Pete Roberts (Llandrindod South) and Jake Berriman (Llandrindod North) have expressed their anger at the decision by Barclays to close their Llandrindod branch in August.

“The decision to pull out of town is a major concern for residents and traders alike” commented Cllr Pete Roberts. “For many residents, the suggestion that they should go to Builth Wells or Newtown is not realistic. Having looked at the banks 'Consultation' document it raised more questions than answers and having undertaken further research we will be writing to the bank seeking clarification on a number of issues”

Cllr Jake Berriman added to the concerns, “Llandrindod North has one of the oldest populations in Wales with many reliant on banking services in town. To suggest an 80-year-old resident should get a bus to Builth Wells or go online when they don't have an internet connection is frankly an insult.”

Both councillors have already launched a petition to keep the branch open and will be developing a user survey over the next week to gather the evidence needed to challenge some of the assumptions made by the bank.

The campaign has gained the support of Mid and West Wales Senedd Member Jane Dodds MS.

“The banks are systematically pulling out of rural market towns without looking at innovative solutions such as sharing buildings. Off the back of the support, they have been given to see them through the Covid pandemic they owe rural communities a duty of care and I will be doing everything I can to help my council colleagues in their fight to save this branch.”

The petition can be found at https://www.brlibdems.org.uk/llandod_barclays

In the first 24 hours from launch, it has been signed by over 300 people