30 years ago, in July 1985 Richard Livsey, came from third to win a sensational by-election victory for the SDP/Liberal Alliance. In doing so, Richard re-established a liberal presence in Brecon & Radnor that few had thought possible. Despite ups and downs, it is a legacy that continues today. It remains the Welsh Liberals only post war by-election gain.

Please join, Rt Hon Lord David Steel, Leader of the Liberal Party at the time of the election, Kirsty Williams AM, Leader of the Welsh Liberal Democrats  and friends and colleagues from across Wales  and the UK to celebrate a famous victory and the legacy of a great Liberal.

All proceeds will go towards the fund for Kirsty Williams’s 2016 re-election campaign. 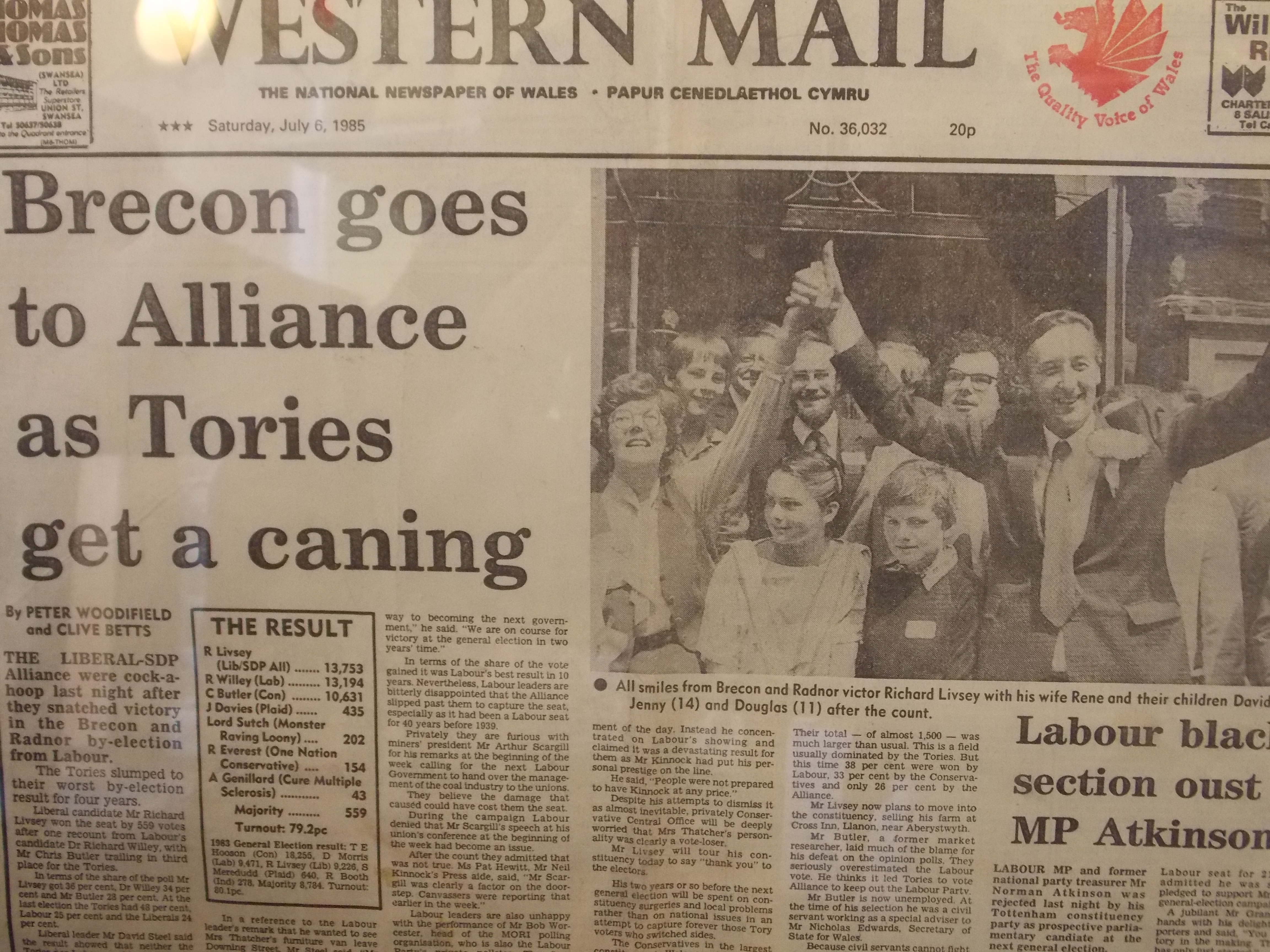